After Alcudia in Majorca, we went south along the east coast. We had a problem with the engine in Cala Ratjada, but  it was solved quickly by the only mechanics of the port. In Majorca the wind did not favour us much, but we still managed to sail against it, of course it made our progression very slown. So when we crossed to Formentara, theoraticaly a 12 hour cruise, when the wind disappeared once more, we resorted to the engine again. This cruise was quite frightening in the end because we had to sail between two little islands, it was a narrow passage and we passed it at night. And we had another fright when a big motor yacht. (we call them press-iron « fer á repasser », because of their shape) passed very close to us at full speed. Well, in the end, we arrived safely in Formentera.

Marie-Claire sent ur a very nice message about her memories of this island, let`s say a few years ago. But the place has changed a lot since, probably because of the proximity of Ibiza. Still, we enjoyed two days of rest, especially the bathes in the laguna just behind the port. At sunset and sunrise, the fishes jumping out of the water ! A much better show than in Marineland. But we had another crossing in mind, to join the coast of Spain. Here again, it was rough.

On a friday we left, with a good weather forecast, a nice breeze blowing in the right direction. For two hours, everything went fine. But guess what ? You got it right, the wind went down. After 3 hours, no wind at all. We wait for a while, hoping the wind will come back. But as it gives not sign of awakening, we start the engine again. At the fourth hour, the swell starts. A huge one. Determined, we go on, After two more hours of bumping on the waves, the engine resignes, there is water everywhere in the hold, we must turn back with the little engine of the dinghy. Since it brought us back to the port, I call this engine Evinrude, from a Disney character, a dragon fly, I think it was in Bernard and Bianca. It feels good to have Evinrude with us.

Anyway, back in Formentera, we ask for a mechanics. Two guys come, very professionnal and serious. You should have seen their faces when the inspected our poor 30 year old inboard Volvo-Penta. These guys are used to work on the brand new huge engines of the big yachts, they were simply disgusted. So, after one hour of inspection, the boss declared « this engine is dead ! » Gilles was devastated as you can bet. The price of a new engine is more than the cost of the boat. In the end, the mecanico says: « well, the water-pump works, you have only one cylinder out of two but you can go on. Anyway, you have the sails and the dinghy engine, you can go on » And that`s what we did.

On the sunday we left again, and this time we made it. Again the wind was against us, again the swell two, but our dying sewing machine recovered its missing cylinder and worked perfectly well, and we arrived the next morning in Calpe. But I tell you, sailing at night, and especially close to the coast, is not a piece of cake. Luckily, before leaving Port Camargue, following the advice of a friend,  we had bought an android tablet with an integrated GPS and a navigation program called navionics. That was the best piece of advice we got up to now. It is very precise and I really don`t know how we could do without it. But even with this, at night, the slightest thing takes huge proportions. Example : You can see the picture of this simple rock. 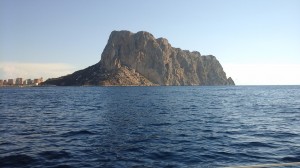 During the night, for at least two hours, I stared at it and saw a huge mammoth on the water !And of course, nothing on the map looked like a mammoth. Nonetheless, we found the port which was right underneath the forehead of the mammoth as you can see on the next picture. 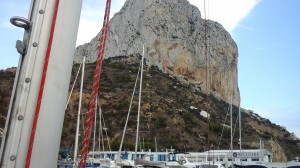 To get there  first we had to cross the channels of the big cargos,  quite scarying, let me tell you.  And finally, we we find the entrance of the port,  at 5 in thé moraine,  what comes out of it,  rushing like mad birds?  Thé fixing Fleetwood of course,  12 big bouts hurricane Just as if there was à third world war ! No pièce of cake !

Apart from the mammoth, Calpe looks like Monaco,, without the palace or the casinos. After a good night of sleep, on we went. We are getting a lot better with our sails, but I am afraid we are still only beginners. We enjoy very much when the conditions are good, a gentlle wind, not too much swell, but as soon as it becomes rough, we turn toward the nearest port. 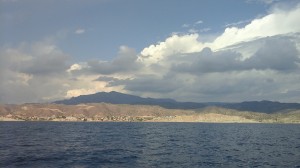 Yesterday we raced with the storms, we gave up and rushed to a port. Today it is too much wind, we stay in the port. My dear friends, if we do not improve, and/or if the conditions do not improve either, we will not arrive in the Canaries before next year and I fear that this blog will become very boring. 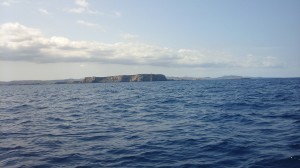 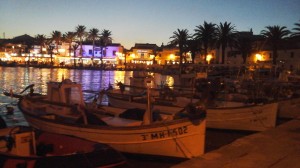 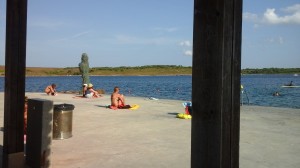 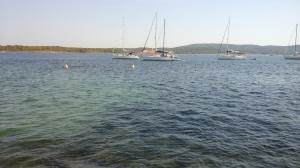 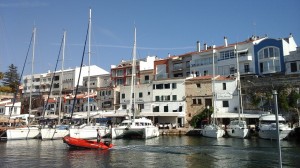 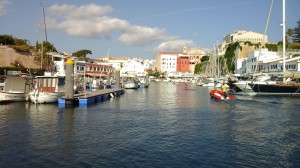 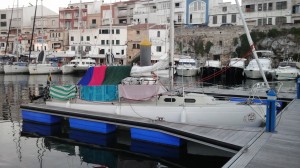 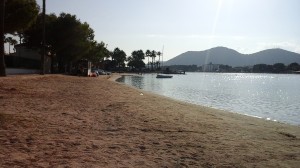 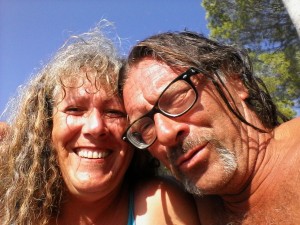 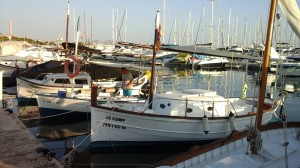